Divine Mother: There is a pink fog over Syria

Let me explain, the energy of aggression is becoming more polarised.  Those who create wars and send dear souls to fight, are no longer acting from a place of power and right.  They are now commanding from terror and desperation.  They are hot-headed, panicked and their strategies are not as calculated as they used to be.

Those who are being sent to fight, can no longer ignore the growing feeling that war is futile and that they no longer have a ‘taste’ for it.  They are carrying out their orders, but not with the conviction and dispassion they previously had.  They are confused because they do not understand where these new mis-givings are coming from, or why they no longer wish to wage war.  They remain, but doubts and confusion are bubbling up within them, creating an internal pressure cooker.

Between the two – those commanding wars and those fighting wars – a gap is emerging that never existed before.  There are those who were born into this time specifically to move into this gap, the White Hats.

So when see wars and uprisings reported on television, be assured that although they may look the same on the outside, the energy dynamic within them is crumbling because that negative vibration is no longer sustainable.  Yes, the dynamic must play itself out, but there is much you can do to speed the process and create healings on both sides.

Continue with your prayers, your light work, your love, your service… continue to see the wounded child within every adult on all sides of the conflicts now popping up.  Continue to acknowledge the soul growth of each and every precious child of mine involved in this most painful drama.  And continue to love the parts of you that fight within yourself, and with others…

Divine Mother: You are a genius 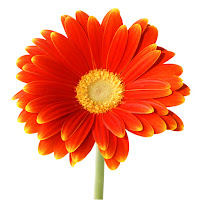 You are a genius.  Every one of you was born with a seed of genius within.  The word has been distorted, stolen by an elite to protect their small circle.  But the reality is, every child of mine was born with a unique genius that you brought to share with the planet, in order to create heaven on earth.

Imagine a jigsaw puzzle.  Each piece is unique.  Each one of you is also unique and without your unique genius, the puzzle would not be complete.

As you surrender time, by focusing instead on the inner flow of your intuition - your ‘small voice’, your inner knowing - you release yourself from the 3D paradigm, from the 3D framework, that is now almost completely crumbled.

To follow your intuition takes courage, but it is wiser than your ego-self.  Your intuition lifts you out of time and into the fourth and fifth dimensions, where your genius becomes evident.

It is not found in a checklist or a process of elimination.  It is presents itself to you, wrapped in joy and delight.  Follow that joy and delight: where does it lead you?

Then let your genius step forward to greet you, one step at the time, dancing with joy beyond the framework of the 3D.
Posted by Jennifer Crokaert at 14:00 No comments: