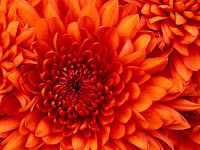 If I think back 150 years ago, I imagine that most human beings lived simply.  They were alive and they got on with life.  For many, I believe their lives were so hard that they had to endure life.  They did what they had to do and they accepted that life.

Among them, were some who experienced life.  Rather than letting it pass them by, they focused in on the process of living; what life may mean; how life feels; where humans may fit into some greater scheme, given the vastness of the universe around them.  The very act of observation is a relatively passive act (I know physicists and many others may disagree and rightly so!).

We have now come into a time where we are being invited to create life: to consciously imagine what we would like to experience in life.  This is a massive shift in direction, from passive to active creators of our lives. We move from sitting in the back passenger seat to creating the road on which the car travels.

We are now invited to participate alongside the co-creative forces of the universe.  My mind still boggles at the thought...
Posted by Jennifer Crokaert at 15:27