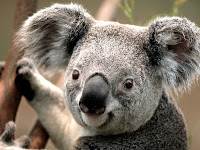 As soon as we begin on any path of self awareness and self discovery, we begin to move out of our comfort zones.  We start to push up against the limits of who we thought we were.  It is as though we must look at ourselves without the safety of our rose-tinted glasses.

I have noticed this so many times over the past twenty years since I began this path.  And I still keep bumping into my own limits!

I work from home so my life is often far calmer and more flexible than the lives of my friends.  This evening I was hungry at 5pm so I sat down to have early dinner.  As I sat there, I had a sharp pang of guilt.  I 'shouldn't' be enjoying this luxury.  In the real world (where is that, again?!), responsible adults are still at work at 5pm.  It's not appropriate to take a break then, much less finish work at that time.

It's disappointing after all these years, to note how many limiting beliefs I still hold about how the world 'should' be.  Ideas and beliefs that all stem back to that Protestant work-ethic where work must be hard and badly paid in order for us to be worthy.

It's my belief that I come from - I hope - the last generation to be so thoroughly embedded with generational and religious messages of shame, guilt, fear and unworthiness.  I do believe that the waning power of religions has brought at least one social good in its wake: increased freedom from beliefs that give rise to such negative feelings.  Younger generations seem much freer of these subtle constraints - yippee for that!

As for the rest of us, as we bump up against our limiting beliefs, it pays to acknowledge their existence and believe in ourselves enough to persevere in our chosen actions, in spite of these wee thought-goblins!  I've decided if I think of those thoughts as koalas, they're far less intimidating and much easier to release...
Posted by Jennifer Crokaert at 19:37